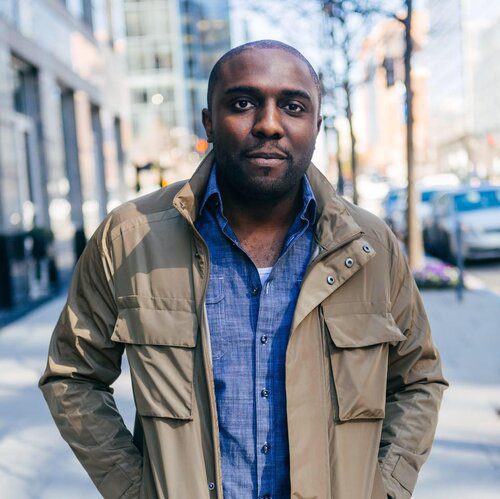 Chinedu Enekwe is the general partner at Aux21 Capital, a seed stage venture capital firm investing in the fintech tools building the future of commerce for the next generation of internet users. As part of his role as GP, he also co-produces the Venture The World podcast, SMW Lagos, and the Future of Money conference . He’s a Moonshot Fellow of the Kravis Lab for Social Impact and a founding member of the Forbes Impact Community. Prior to Aux21 Capital, he was a principal on the pre-seed & seed team of Exponential Creativity Ventures and managed AffinitiVC, an investment syndicate & consulting firm deploying over $15M since 2017.

Before launching AffinitiVC, Chinedu co-founded tiphub and managed its pre-accelerator program, Diaspora Demo, which supported over 35 early stage technology and social enterprises and raised over $20 Million in after program funding and achieved 3 exits since 2014. Chinedu also led emerging market investment manager, Xcellon Capital, serving as investment director, raising and managing $25 Million of assets from institutional and high net worth investors, after holding positions in infrastructure advisory at the World Bank and OPIC, investment banking at Merrill Lynch and fund formation and corporate securities law at Weil Gotshal and Manges.