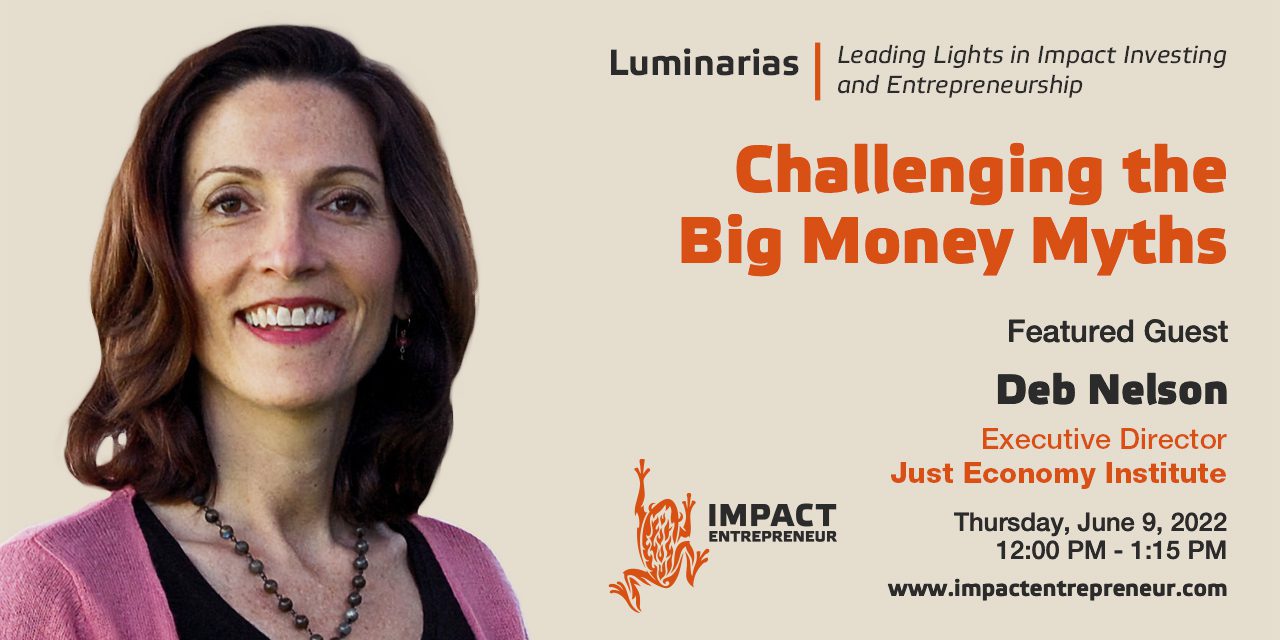 In her recent article for Impact Entrepreneur Magazine, Deb Nelson, founder and executive director of the Just Economy Institute, writes, “Our culture encourages excessive consumption, financial systems were designed to be complicated, and money myths are hard to escape”.

Nelson goes on to deconstruct several deeply seated myths about capital and wealth, including:

In this Luminarias live fireside chat and audience Q&A, Impact Entrepreneur’s Laurie Lane-Zucker explores with Deb Nelson these five money myths and why it is important to debunk them. She will offer examples of “financial activists” that are “shifting the flow of capital and power” to advance sustainability goals and build the impact economy.

Luminarias is a live video webinar series featuring the leading lights in impact investing and entrepreneurship. 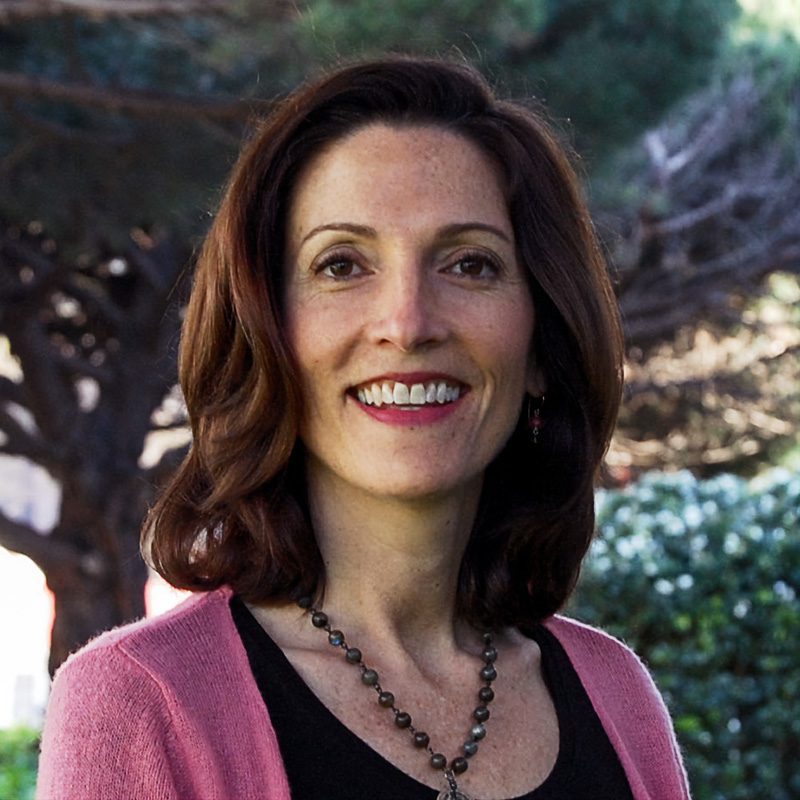 Deb Nelson is Executive Director of the Just Economy Institute. She launched the Just Economy Institute in 2021 to train and support financial activists who are shifting the flow of capital and power to solve social and environmental problems. Her leadership draws on more than two decades of work with social entrepreneurs, impact investors and donors to build the networks and structures needed to create positive systems change.

She developed and incubated the Just Economy Institute, formerly the Integrated Capital Institute, for five years as vice president of client and community engagement at RSF Social Finance, from 2016 to early 2021. Her initiatives there also included launching the impact sector’s first Women’s Capital Collaborative in 2016. The fund provided integrated capital—loans, grants and other forms of financing and support—for women-led social enterprises that serve women and girls.

Prior to joining RSF, Nelson was executive director of Social Venture Network for 15 years, leading a community of over 500 mission-driven entrepreneurs, business leaders and investors dedicated to using business for social and environmental good. The organization merged with the American Sustainable Business Council in 2021 to form the American Sustainable Business Network, a movement builder working with companies, investors and policymakers.

Nelson is a pragmatic idealist. Her social conscience blossomed early—she marched for the Equal Rights Amendment as a 12-year-old and was a Peace Corps volunteer in Cameroon—and she has earned recognition for her effectiveness. Nelson was named a 2019 “World-Changing Woman” by Conscious Company magazine for her pioneering work advancing economic justice, women’s rights and diversity in leadership. In 2015, Real Leaders magazine named her one of 100 Visionary Leaders. She has written for publications including Worth, See Change and TriplePundit, was quoted in Newsweek and The New York Times, and has spoken at the White House, SOCAP, TEDx Presidio and other events.

Nelson is a leading voice on how to change the way our economy works—and whom it works for. She is an articulate source on the growing movement of financial activists, what it will take to create an economy that serves all people and the planet, how to build high-impact collaborative programs, why we need more women in positions of power and influence, and capital strategies that help social enterprises grow. She resides in San Francisco and holds an MBA from the Kellogg School of Management at Northwestern University.