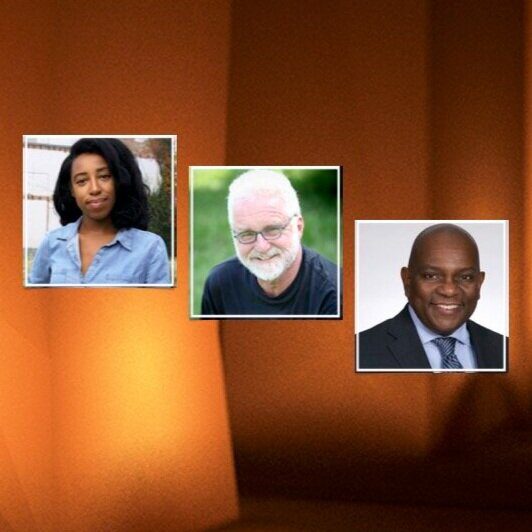 Gentrification often means people of color get forced out of their homes and businesses as increasing property values attract affluent white people to move into their neighborhoods. In a new study, Stanford University Professor Jackelyn Hwang and Federal Reserve Bank of Philadelphia’s Lei Ding report that “If we look at where people end up if they move, poor residents moving from historically Black gentrifying neighborhoods tend to move to poorer non-gentrifying neighborhoods within the city, while residents moving from other gentrifying neighborhoods tend to move to wealthier neighborhoods in the city and in the suburbs.” The authors add that, “The issue of how gentrification affects different racial groups is particularly relevant right now in light of the increased instability people are facing due to the pandemic and incidents bringing attention to the unnecessary use of policing against people of color in the United States.”

In response, some startups are activating latent social capital in order to reverse the trends. Lyneir Richardson of Chicago Trend has built community investment vehicles that enable Black and brown business owners to buy into their strip malls, and Bree Jones of Parity Homes raised more than $2 million to enable groups of 30 prospective homeowners to move in and transform whole blocks in Baltimore. Property values go up but the residents don’t have to move and, instead, they share in the upside, creating assets and intergenerational wealth rather than succumbing to the old model of gentrification and displacement.

In this program, Impact Entrepreneur’s Laurie Lane-Zucker welcomes Lyneir Richardson, Bree Jones and Neighborhood Economics co-founder Kevin Doyle Jones to explore the ways in which place-based, racial equity finance and impact investing can and is transforming old paradigms that have reinforced inequality, while improving quality of life and livelihoods for people and communities of color.

Bree Jones is the founder of Parity, an equitable development company that rehabilitates abandoned properties by the block to create affordable homeownership opportunities. At the core of her work is development without displacement – she aims to revitalize distressed neighborhoods while ensuring that legacy residents are able to participate in and benefit from reinvestment.

Prior to founding Parity, Bree had a career in finance and investments where she was an analyst at Morgan Stanley, a vice president at Point72 Asset Management, and an investment associate at venture capital firm, Anthemis Group. These roles included deal structuring, capital raises, conducting due diligence, advanced data analysis, and deal management. Bree has been a lifelong social justice advocate, focused primarily on economic justice, affordable housing, anti-displacement, anti-gentrification, and anti-recidivism. As an advocate, Bree played a pivotal role in the creation of a Community Benefits Agreements in her hometown, and advocated for community protections in local legislation and zoning.

Kevin Jones, working with his wife and business partner, the Rev. Rosa Lee Harden has been successful startups, in the media, information and events businesses. Starting as a country weekly newspaper editor in the poorest country in Mississippi, his reporting put a sheriff in prison on 53 counts of fraud. He went on to write for the New York Times and was a columnist for Forbes. They sold their dotcom business and co-created SOCAP, the world’s largest impact investing and social enterprise conference.

He has been working with his wife on events, new financial instruments and an online community focused on re engaging people of faith in creating a network of interdependent, neighborly economies. He is co-founder on a community equity fund that is solving the problem of friends and family funding for Black and brown entrepreneurs who don’t have a rich uncle.

Lyneir Richardson is an entrepreneur working to empower urban entrepreneurs and strengthen economic conditions in ethnic and underserved areas across the United States. He wears multiple hats, investing in commercial real estate, educating and advising urban entrepreneurs and MBA students, and structuring deals that increase resources for urban entrepreneurs. Lyneir is the Executive Director of the Center for Urban Entrepreneurship and Economic Development (CUEED) and an Assistant Professor of Professional Practice in the Department of Management and Global Business at Rutgers Business School. Lyneir is also CEO of The Chicago TREND Corporation, a social enterprise funded by prestigious impact investors to stimulate and invest in urban retail development. Chicago TREND has raised over $17M of capital from impact investors. It owns two shopping centers and has invested over $11M in commercial real estate in urban neighborhoods.

Lyneir served as the Chief Executive Officer of the primary economic development corporation in Newark, NJ, for two different mayoral administrations. As Vice President of Urban Development at General Growth Properties, Inc., he led the national initiative to bring quality shopping centers to ethnic neighborhoods in large U.S. cities. Early in his career, Lyneir founded his first company and was named a U.S. Small Business Administration “Young Entrepreneur of the Year”. Lyneir started his career as a corporate attorney at the First National Bank of Chicago.