A New Framework for Economic Revitalization in Puerto Rico

This article was updated on 9/17/2022 to clarify certain information and add additional detail.

In September 2017, Puerto Rico was hit by a catastrophic double whammy — Hurricane Irma and, just two weeks later, Maria, both devastating storms with Category 4+ winds. With an already struggling economy and failing infrastructure, the impact was calamitous: loss of everything from power and water to communications systems and basic services. It took more than 200 days to restore power to the entire island, according to the Rand Corporation.

A year later, the government of Puerto Rico released an ambitious, 515-page blueprint for economic and disaster recovery. One of the eight strategic initiatives presented in the plan targeted developing a blue economy — promoting resilient economic growth by targeting ocean-dependent industries. But it didn’t focus on just conservation or economic development alone. Instead, it took a different approach. Rather than either-or, it incorporated initiatives that would promote a symbiotic process, boosting job and economic development, while also strengthening the resilience of island ecosystems needed to make the changes happen. Those initiatives currently range from 3D printing of protective housing units for coral reefs to creating a measurement tool for impact investors. A nonprofit called Bluetide Puerto Rico was formed to spearhead the efforts and serve as a hub for activity, with a $9.4 million grant from the Economic Development Administration for buying and outfitting equipment and developing programs.

“Our focus is on strategies that have a direct impact on economic development and will be financially sustainable,” says Juan Bauzá, the field coordinator for the economic recovery support function for Hurricane Maria in Puerto Rico. “But we’re looking at this from what I’d call an eco-responsible, development mindset.”

Puerto Rico and the U.S. Caribbean

So far, $168.8 million has been invested in 39 recovery projects in Puerto Rico and the U.S. Virgin Islands. That work should create more than 37,000 new jobs and retain 6,100 more. It’s also attracted over $300 million in private investment.

The scope, however, extends beyond Puerto Rico to include the U.S. Caribbean and creating a blueprint for a model that can be used elsewhere. “We’re working on elements that can be replicated in other areas of the Caribbean, as part of a pan-Caribbean effort to build a blue economy,” says Stewart Sarkozy-Banoczy, global director of policy and investments at Resilient Cities Network and a member of the Blue Economy Resilience Initiative (BERI), a working group focused on developing initiatives for the revitalization effort in support of Bluetide Puerto Rico.

For example, last year, Bauzá brokered a memorandum of understanding (MOU) with the University of Puerto Rico and the University of the Virgin Islands to conduct joint research into areas related to growth, development, resiliency, and sustainability. A pilot is also underway aimed at increasing economic capacity through infrastructure and development in the region, which could set the foundation for interjurisdictional development districts in the future. “The overall objective is to position the U.S. Caribbean as a leading blue economy hub at an international level, on a global scale” says Bauzá.

A Plan for Resilient Recovery

Before the hurricanes hit, the Puerto Rican economy was already in a shambles. That, in large part, was the result of a strategy that started in the 1950’s and continued for three decades to focus on developing inland industry, rather than ocean-related activity. It was initially successful, turning the island into a major center for pharmaceutical manufacturing. But the strategy relied heavily on substantial tax incentives, which were phased out starting in 1996. Over the next 10 years, the economy fell into disrepair.

In response, the Puerto Rican government ramped up its borrowing, largely through the sale of multiple bonds. That ultimately led to a massive $3.5 billion municipal junk bond offering, most of which ended up going to pay back loans, fees, and other obligations to the banks involved in the deal. A little over a year later, when Puerto Rico couldn’t pay its debt, the bond funds collapsed, as did much of the economy.

Then came the one-two punch of the hurricanes. After Maria, with bridges and the electric grid already in disrepair, the island’s infrastructure collapsed — about $90 billion in damages, making it one of the costliest hurricanes in U.S. history.

The devastation required drastic action. The plan that was created to address the emergency included a focus on the island’s unique resource — its oceans — as a critical, foundational building block for action. But the enormity of the task also called for a comprehensive, ecosystem-based strategy that could lead to a transformative recovery — taking advantage of the economic potential in the ocean and, at the same time, creating a more resilient coastal and marine environment, the better to prevent the island from further catastrophic damage from hurricanes and earthquakes.

The plan that was created to address the emergency included a focus on the island’s unique resource — its oceans — as a critical, foundational building block for action.

To that end, Bluetide Puerto Rico was formed, with resources including, among other things, a 77-foot fully equipped research vessel, diving equipment, and two drones.

After holding a three-day summit in August 2021 to present the framework to investors and other interested parties, a group of seven experts formed BERI (transparency statement: Impact Entrepreneur’s Founder & CEO, Laurie Lane-Zucker, is a member of the volunteer BERI task force). That group was tasked with creating a series of initiatives that would form the basis for recovery activities, to be transferred to Bluetide for implementation by the end of September 2022. “We are building the car, putting the pieces together, then handing it over to Bluetide to drive,” says David Dodd, founding president and CEO of the International Sustainable Resilience Center, who, as a contractor for operational performance consulting firm NOVACES, is coordinating BERI’s efforts.

Bluetide has already started implementing some initiatives. One such effort involves Fish Aggregating Devices (FADs), floating and submerged structures with netting and other material underneath connected to a buoy used to track the FAD. Small critters, like mollusks, settle on the device, and they attract bigger fish eager to feed on them. It also happens close to shore. That’s good for both commercial and recreational fishermen, as well as the environment, since boats can travel perhaps just two nautical miles as opposed to the usual 10 to 15 to catch all those fish, thereby leaving a reduced carbon footprint and saving time. “Time is money,” says Dodd. Plus, it provides jobs for students with developmental challenges in vocational training programs who are producing the netting. The goal: to install 200 FADs around Puerto Rico over the next few years.

Another initiative aimed at forming new coral reefs is also well on its way to deployment. This effort uses 3D printers to produce coral reef housing units to encourage reef restoration and growth. That will serve a dual purpose: strengthening coral reefs, which provide a buffer to on-shore damage from storm surges, while also fueling tourism. So far, team members have begun producing prototypes, but need to get all the necessary regulatory approvals before they can take the next step.

Also in the works are efforts to create impact measurement tools, a vital factor in attracting impact investors to help finance activities. And there also are initiatives to cultivate seaweed and kelp, which, in addition to being effective carbon absorbers, are sources of nutritious food; to plant mangrove trees, which serve as storm surge buffers and absorb carbon; and to reinforce sand dunes, which can both protect against storms and boost tourism.

BERI is also setting the agenda for the Bluetide Caribbean Investment Summit to be held later in August for investors and others, where, among other steps, members will present a new impact measurement tool. After the summit, Bluetide will take over efforts to attract investors to support blue economy efforts. “We’re looking at the elements that will contribute not just to a broader building of resilience, but also allow the economy to adapt and thrive,” says Bauzá.

This article is Part One of a series produced by Impact Entrepreneur about current and planned “blue economy” and resilience initiatives in Puerto Rico, the U.S. Virgin Islands, and broader Caribbean. This series is an outreach effort to communicate the Blue Economy Course of Action ECN 10 found in the Economic and Disaster Recovery Plan for Puerto Rico and bluetidepr.org. Other articles in the series are listed below as they appear. 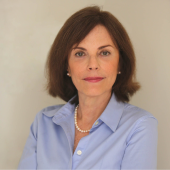 Anne Field
Anne Field is an award-winning business journalist, writer and editor. Her work has been published in Crain’s New York Business, CNBC.com, The New York Times, Wealthmanagement.com and many other places. Her blog Not Only for Profit, which covers social entrepreneurship and impact investing, appears in Forbes. Anne has a deep ... Read more