Home / Regions / Africa / What Are Your Hopes and Dreams? 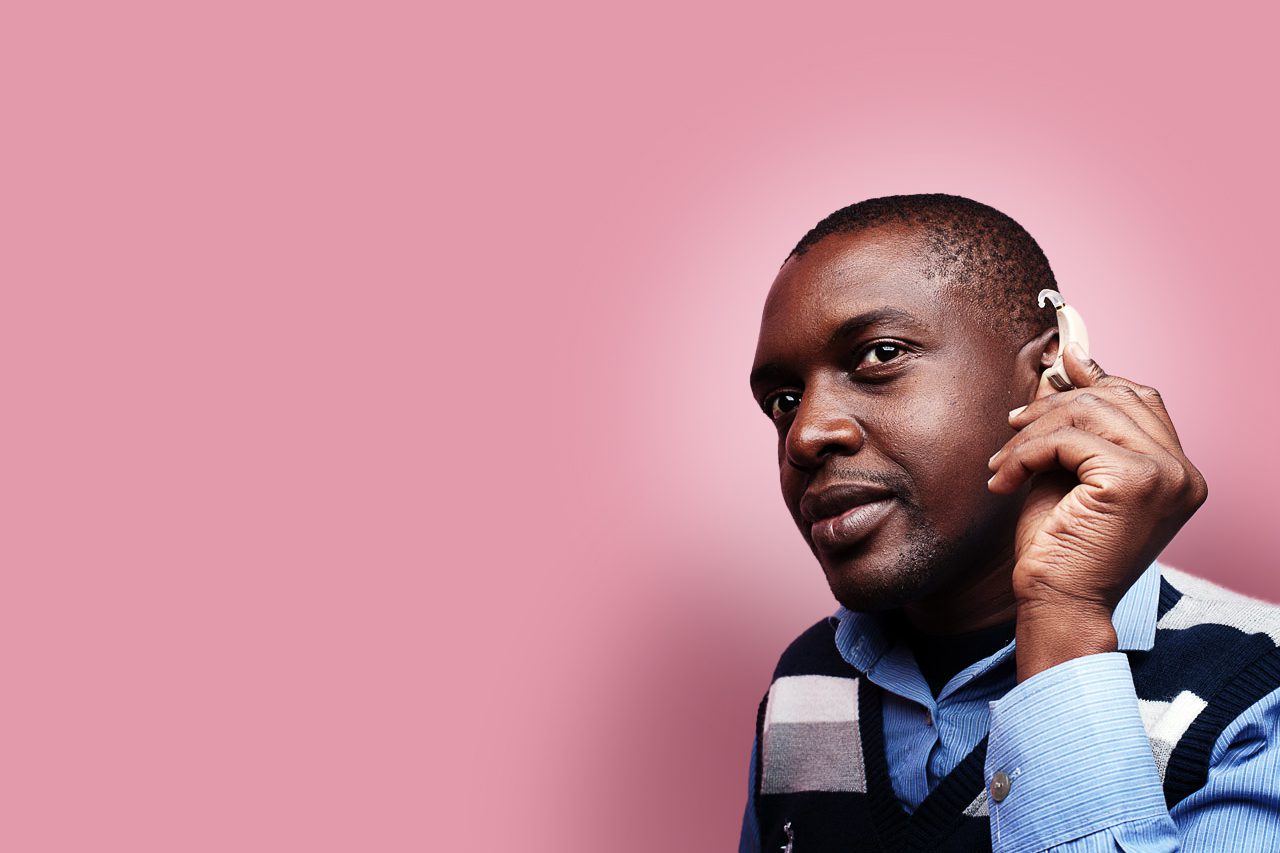 Howard Weinstein cites an African saying that echoes his life experience – “A blessing can be found next to the wound.” Weinstein, a Canadian businessman, lost his young daughter unexpectedly when she died of a brain aneurysm. This loss led him to volunteer with the Canadian Peace Corp. which sent him to rural Botswana. He went with a commitment to work for two years developing a business that offered local women the opportunity to support their families.

Two decades have passed since then and, in that time, Howard has founded eight different social businesses – which have included companies run by women in wheelchairs, women with HIV, and people with Down Syndrome. This article will look at Solar Ear, his first social enterprise that he began in Botswana twenty years ago, and its current quest to address hearing loss globally.

When he arrived in Botswana, Howard was given an office with no staff, no funding, and no direction about what type of business he should start. On his first day, a woman knocked on the door and told Howard that her student Sarah needed a hearing aid.

“This was a girl with the same name as my daughter, and I just said ‘Okay.’ I had no idea how I was going to do it — the only thing I knew was the plumbing business. I knew nothing about hearing aids or how to get one, but I said, ‘Okay, I’ll get her a hearing aid.’”

It is estimated that 625 million people worldwide experience hearing loss – a number that is projected to grow to 900 million by 2030.

The following week Howard visited Sarah at her school, and with an interpreter asked her to tell him about her life. He learned that while students at the school for the deaf occasionally received donated hearing aids, the batteries only lasted for about a week and cost $1 to replace. Even when batteries were available, the cost was prohibitive. He also learned that once the students completed school at the age of 18, there were no further educational opportunities or jobs for women with disabilities — including those who are deaf.

Howard then asked Sarah about her hopes and dreams — something his experience has led him to believe is the critical first step when starting a socially-minded venture. Sarah said her dream was to have access to inexpensive hearing aids, and for she and her deaf classmates to have an opportunity to work when they finished school. From this conversation, the vision for Solar Ear was born — to create a business for deaf individuals to support themselves making low-cost hearing aids with rechargeable batteries.

Howard drafted a business plan and approached the African Development Foundation in Botswana that is funded by the US government — and they said no. “That,” Howard says, “was the wrong answer.” He flew to Washington, DC and told the President of the USADF, “I’m here because of the hopes and dreams of ten women who are deaf and want to start a business making low-cost rechargeable hearing aids.”

He walked out with a check for $250,000. “On the flight back to Botswana,” he says, “I wondered how we were going to do it.” Working in partnership with engineers in South Africa, the organization invented the first solar charger for hearing aid batteries, and with help from people in the British hearing aid industry, designed and learned to assemble a low-cost hearing aid. 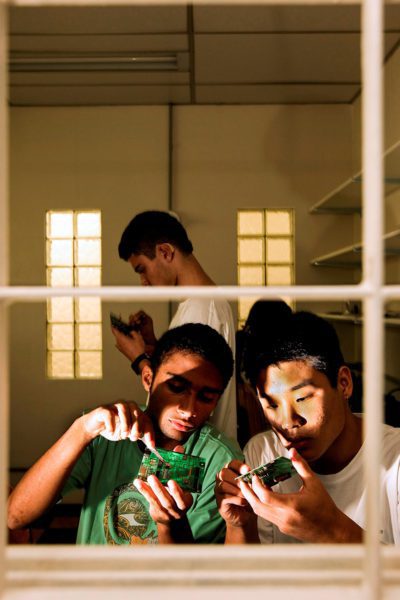 Solar Ear’s hearing aids are made by deaf people who have passed a rigorous electronics and micro-soldering training program, and who each week receive empowerment and education training – everything from HIV/AIDs awareness to how to open a bank account. They also make the Solar Ear solar battery charger – the first of its kind – that can charge any rechargeable hearing aid battery.

The hearing aids are made with the same microchips used by the world’s other hearing aid manufacturers, companies Howard refers to as “the big five”. The microchip is the most expensive component of a hearing aid, and Howard says Solar Ear pays the same price per chip as the large manufacturers which is about $35. The Solar Ear hearing aid costs about $50 to produce and they are sold for $100 – a mark-up Howard established to ensure that the business remains viable.

They did not patent the technology. Howard believed that the money to obtain — and enforce — the patents was money he didn’t want to spend, and frankly didn’t have. “The big five,” he says, “are more interested in selling hearing aids for thousands of dollars to the wealthy. But if one of [them] wants to copy our patent and get more low-cost rechargeable hearing aids to deaf kids and I go bankrupt, that will be great. I will have succeeded in my mission.”

Howard was asked to bring the Solar Ear technology and vision to Brazil – and once again found himself starting over with no plan and no funding. As he began talking with stakeholders in Brazil, they identified the need to modify the hearing aid as well as invent a battery charger that could use indoor light. Again, partnerships with experts and stakeholders brought these new technologies to fruition. A group of employees from Solar Ear Botswana — including Sarah who was there at the inception of Solar Ear — flew to Brazil to train the initial group of employees.  To date, the company has been replicated in Brazil and China, and talks are underway with others in India, the Middle East, UK, and the US, where there is interest in starting a Solar Ear business with deaf Native American women. Howard explains, “What I do is I help others… replicate the model we started in Botswana. I give the technology for free as long as they hire and empower people who are deaf — and run it as a sustainable social business.”

Countries like the US and Canada have one professional audiologist per 20,000 people. In developing countries, the figure is one audiologist for every 2 to 6 million people.

Sales of Solar Ear products have risen steadily. Last year, approximately 50,000 hearing aids were sold, as well as 100,000 solar chargers, and 250,000 rechargeable batteries – which can be used in any hearing aid. Howard Weinstein estimates that they’ve saved over 10 million hearing aid batteries from ending up in landfills.

Solar Ear’s mission going forward, Howard asserts, will be nothing short of disruptive. The vision is to perform hearing tests with cell phones, interpret the results using artificial intelligence, and use the Solar Ear app to turn a cell phone into a hearing aid. 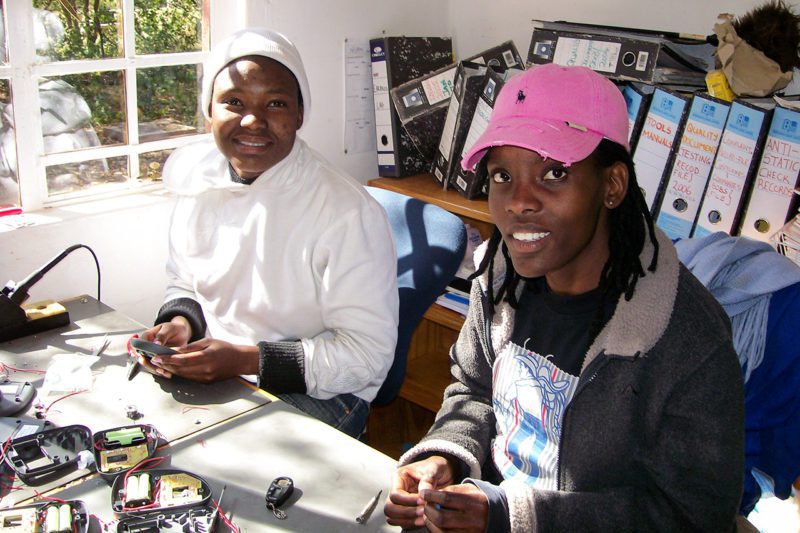 Working with several universities and health organizations in the US and elsewhere, much of the technology has been developed, including a hearing test for children. Funding has been obtained for completing the test for adults, which Howard reports will be completed by the end of 2022. They are also working on inventing the first newborn hearing screening test of this type.

Addressing the needs of the world’s hearing-impaired is enormous. It is estimated that 625 million people worldwide experience hearing loss – a number that is projected to grow to 900 million by 2030. And while access to hearing aids is critical, every diagnosis starts with a hearing test. Countries like the US and Canada have one professional audiologist per 20,000 people. In developing countries, the figure is one audiologist for every 2 to 6 million people. In addition, current testing equipment is usually only available in large cities.

Especially critical is identifying hearing loss in early childhood, “particularly by the age of three. If hearing-impaired children can get a hearing aid and learn to speak, they can go to public schools. There are very few schools for the deaf – and as we know it’s only through education that you break the cycle of poverty.”

Solar Ear plans to make the hearing test app available for a monthly fee of around $30, in six different languages. And because of the portability and ease of use, hearing tests can be performed by nurses, teachers, pharmacists, nursing home staff, and others. 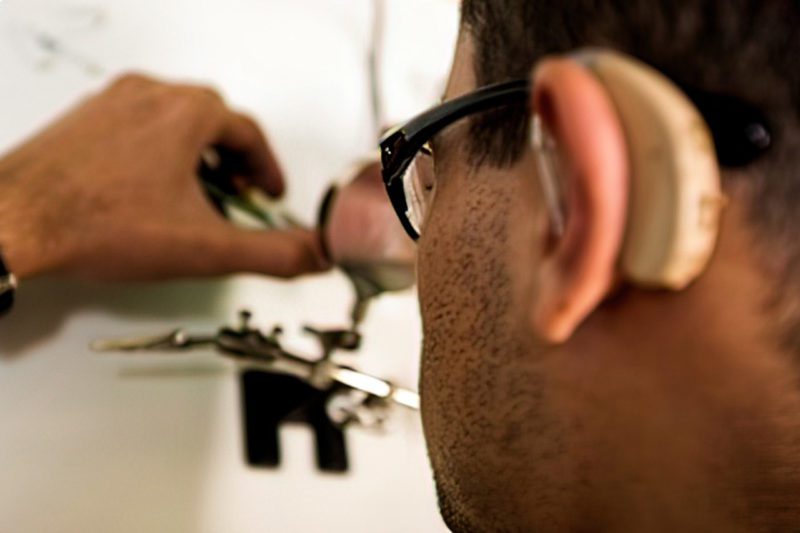 They have also developed the technology to use a cell phone as a hearing aid, based on the interpreted hearing test results. The necessary hertz, frequency, and decibel amplification can be done with the phone and used with or without headphones. The plan is to sell the hearing aid application for a low monthly or annual fee, somewhere around $1 per month.

Weinstein says that the challenges ahead for Solar Ear center around funding for expansion of the testing and hearing aid app capabilities, and they’re currently working with a number of universities and other organizations to meet their goals. Howard says that the biggest mistakes he’s made – and he says there’ve been many – is when he has brought his own viewpoint and biases to a situation, or what he calls his “North American attitude.” The best way to become an impact entrepreneur – or to help anyone – he insists, “is to shut up and listen. Ask questions and let the people you’re trying to help drive the direction of the project. Then you have a chance of being successful.” 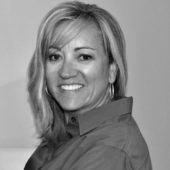 Kim Venkataraman
Kim is a writer with a background in banking and non-profits. She has worked with several non-profits on projects relating to strategy, communications and planning. 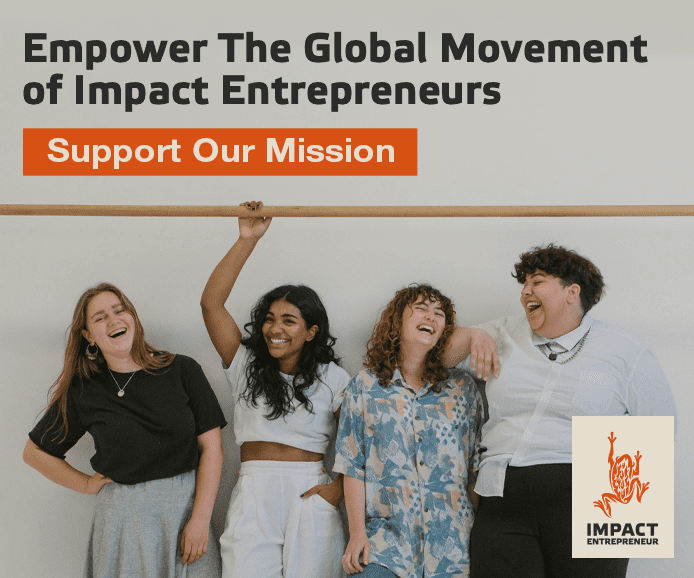