To address climate change, governments should do more to unlock a trillion dollars in private investment

With COP26 upon us and the continuing news coverage of infrastructure bill negotiations in the U.S., there is a lot of focus on government climate change spending programs. Debates about how much spending is too much, or which governments aren’t spending enough, dominate the coverage and thus the attention of many policymakers.

But this focus on government spending levels misses a big opportunity: to apply “smaller” policy approaches that could unlock significant private sector investments into the deployment of much-needed climate solutions. In the private equity industry, for example, most of the largest firms have stated their intentions to deploy more capital into environmental, social, and governance (“ESG”) related areas — in particular, climate change — and the latest estimates show that industry’s assets alone have grown to over $7 trillion this year, with some projections, like Morgan Stanley’s, expecting it to grow to $13 trillion by 2025. This doesn’t include the other major global financial sectors. In other words, there is a lot of private sector capital that wants to be put to work addressing climate change, if the opportunities can be made attractive and easy enough.

One way to unlock a significant portion of this capital would be to throw massive government incentive program dollars at the market. Subsidies do tend to make project economics look more attractive, after all. Done the right way, subsidies would serve more as investments, not as “spending” per se, since studies indicate the economic payback of such programs tends to be robust.

There are, however, much less costly initiatives that governments can and should be pursuing, which would unlock much more private sector investment into these solutions.

Before a project is ready for construction, there are typically months, if not years, of work that the project developers must undertake.

First, smart policy efforts can provide financial support for project development. Many incentive programs target the construction of solutions like renewable energy projects. But before a project is ready for construction, there are typically months, if not years, of work that the project developers must undertake. Site selection, permitting, engineering, design, interconnection agreements, customer and contractor negotiations, bank financing, and sponsor equity raises…. These are just some of the tasks that project developers must complete before they even get to the point of construction. This phase is very difficult for smaller developers to survive through, especially for smaller-scale, distributed solutions like rooftop solar installations or electric vehicle charging stations.

Major infrastructure investors consistently tell me that the thing holding them back most from putting more of their capital into such solutions is a lack of “shovel-ready” project opportunities. The good news is that the capital needed for the development phases is often only one tenth of what’s needed for construction phases. So, a relatively small amount of government support would go a long way to helping out these developers, which would deliver more project investment opportunities to the bigger investors, unleashing significant investment dollars.

Another cheap and easy “win” would be to find ways to streamline the process for these projects to get those necessary approvals. As project investors, we’re all very used to the frustrations of seeing projects ready to go, or mostly completed, yet having to wait weeks if not months for final approvals, or for the local utility to provide a vital connection. Policymakers could do a lot to speed this up by streamlining the regulatory approval processes by government agencies and providing incentives for utilities and municipalities to set up “fast- track” teams. These teams would be empowered to prioritize approvals and other tasks needed by climate-positive projects in their territories. Targeted incentive dollars to set up these teams would go a long way.

Major infrastructure investors consistently tell me that the thing holding them back most from putting more of their capital into such solutions is a lack of “shovel-ready” project opportunities.

Somewhat more costly, but hugely valuable, are incentive programs specifically targeted at early deployments of solutions still in the “market creation” stage. While there are major incentive programs in the U.S., aimed, for example, at creating a utility-scale, carbon capture market, there is a wide range of other, more low-tech and distributed climate-impact reductions, as well, that could be deployed – from agricultural soil practices to composting programs for methane capture to industrial energy efficiency, to name just a few. The recent Biden Administration effort to accelerate the replacement of coolants with more climate- friendly versions is a great example of how a cost-effective, market-making intervention can have big impact (I’ve spoken with project developers who are already working to build out commercial offerings in this area). Done thoughtfully, these types of targeted, early-market efforts will increase the number of investment opportunities for the private sector to tackle.

And, of course, funding for advanced research and development of future solutions can also help accelerate their commercialization and – if designed with eventual project financing as an explicit goal – eventually unlock deployment dollars from the private sector. U.S. Senators are arguing over exactly how many trillions of dollars of spending should be in the infrastructure bill, while the entire 2021 budget for the DOE’s ARPA-E program is under half a billion dollars. We could (and should!) increase that budget tenfold, and it would still be just a rounding error relative to the spending levels being bandied about for other programs.

A relatively small amount of government support would go a long way to helping out these developers, which would deliver more project investment opportunities to the bigger investors, unleashing significant investment dollars.

This is not an argument against higher-cost, policy initiatives. Climate change is a fundamental threat to our economy and our children’s lives and is worthy of government dollars being invested accordingly. While those bigger-dollar efforts are being debated, what’s not in debate anymore is whether the universe of private sector investors is ready to put a trillion dollars of capital to work toward climate solutions. They are. They just need more and better project opportunities, and for those projects to get to completion faster and with less regulatory uncertainty. Policymakers both in the U.S. and around the world should place just as much priority on these types of private-dollar-unlocking efforts as they do on the bigger ticket items that tend to get more attention. 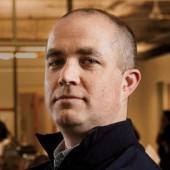 Rob Day
Rob Day is Co-Founder and Partner at Spring Lane Capital, a private equity firm focused on providing catalytic project capital for sustainability solutions in the energy, food, water, waste and transportation industries. Rob Day has been a sustainable resources private equity investor since 2004, and acts or has served as ... Read more